Reviews of All Time

zuPOO is a little natural supplement that produces big results - and some hilarious reviews from customers. Below you'll find some of our staff-picked favorites: 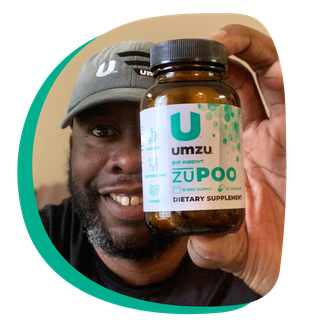 This stuff works so well, it should come with a disclaimer and require a signature of consent before customers purchase it. All I can say is you better invest in a family pack of some high-quality toilet paper before you start taking this. Seriously, you are not ready for what is about to come out of you... The first 24 hours are the worst... DO NOT, under ANY circumstances, chance any farts in public for ANY reason, I don't care how bad your stomach is growling. You will **** your pants. Absolutely do not plan on going out on any dates until you have finished your cleansing cycle, there will be no second date. Also, if you choose to look at what you have created after you have expelled what has been sitting in your body for so long, you will have nightmares. Just flush and rush, do not investigate. But yeah, it works. You'll drop a few pounds and feel way leaner.

Benjamin - Results may vary from person to person.

Ahoy matey, it's my 3rd day of this 15 day voyage. "How intense could this be?" I asked, while awaiting orders on the **** deck, not knowing **** was a slumber away. By the dawn me arsehole responded "Thar she blows!" Not jusy any old scalawag can tell ye the stories I've seen at sea. Ahab hath seen nothing in comparison to the evasive brown whale. "YARG!" I belched while my belly chums the waters. The Pooquod was not equiped for such volatile movements! Toiletrie supplies are running low and me booty hole hath endured many a wave lad; this may be the last time I write. I'm penning this strapped to the porcelain crows nest, the old Bermuda Traingle screams sea shanties that echo off this porcelain tub. SAVE OUR SHIP! NAY, WE PUSH ON THROUGH WHATEVER WAVES CTHULHU CAN MUSTER! If this old salty dog don't make it, tell them I give Zupoo 5 stars for giving me a proper captains whirlpool.

Eyrn A. - Results may vary from person to person. 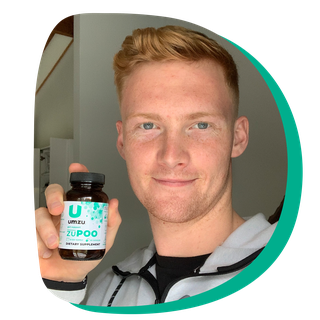 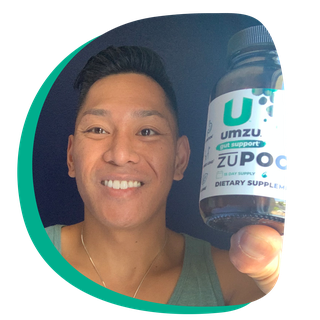 Day 1: I don't think this product works....Day 2 : Prayer stance over my toilet. Family pack of toilet paper gone. Begging God for forgiveness for everything wrong I have done. Bargaining for another day to undo all the wrong! Day 5: Product definitely works and will clean you out. I mean clean you out! Thank you umzu!

Adam - Results may vary from person to person.

CAPTAINS “LOG” DAY 3: mates, I shall not parse me prose with the pleasantries of ladies and the fanciful imaginings of the young child, un beleaguered by Our Good Lord’s many trials on our way to either eternal damnation or Forever Glory...no. Lend your ears now and let it be heard that after imbibing the prescrib’d dose of zuPOO, me very bowels hath been be-shook righteously and I hath shat none fewer times than 7 in 72 hours. What foul beasts have made their unceremonious exits from me olde blowhole have appeared to me ancient and haggard, be-speccl’t and scarr’d with matters of the darkest realms, resplendent with the very stench of ****! I do swear upon the resting mound of me dear old mum, I was even hiss’t at by them, them damnable tourdes! Off with ye, says I! All ye various beans, kernels, tatters of rott’d vegetations...be gone! Aye, but these demons be legion and yer Captain, though stoic and fill’t brimming with the grit of determination, be naught but a man. T’will take all 15 tides, both low and high, ‘fore being proclaimed true clean, says I. And true clean shall I be, says I. Blessings, lads, as we together weather such a storm as this! When next yer doodyful Captain sets foot upon terra firma, he shall do so as a man free’d!

Jahrgen - Results may vary from person to person. 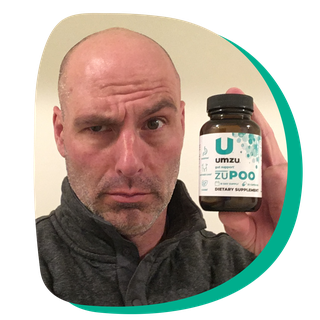 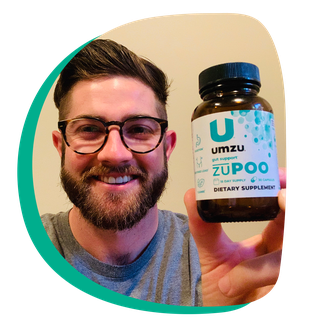 So I ordered this on a whim after seeing it on instagram, a rare occurrence but I felt god was leading me to it. I received my bottle, glass bottle primo packaging, I assume after mark up a large amount of the price is the packaging so I was skeptical. I took as directed before bed, and the next morning I was feeling things. It felt as though an ***** had dislodged from its holdings in my abdominal area, and I felt the need to ****. So I scuttle to the bathroom, open up the ole Reddit to start scrolling, and then I have what can only be likened to a burning bush style experience. My **** felt as though it opened like it were a beautiful lotus flower presenting itself to the world. As it dilated, I began to understand that this wasn’t a push and done situation, more work and strategy was to be involved. The first two inches of hard dry despacled colon butter fought to be expelled but then was here to stay, logs together strong. So about 15 minutes into inching out this behemoth I got to a moist part and due to the sheer size of my ******* at this point, it effortlessly slid out. Upon exiting my body I did not hear the normal spuhlunk of your run of the mill gerbil cork. What had happened is the hard beginning had acted as a guide, leading the rest to follow in line. The beast went straight down into the outlet while but was so dense it stood up on its own weight like a telephone pole, my starfish, now able to deliver a dwarves baby, was no longer at a point where I could pinch it, so I began wiggling. When it broke something reminiscent of breaking a bundle of sticks happened and I felt my creation snap off, in the movement it began to yaw to the left, gently caressing my left butt cheek as it slowly bent without breaking to its final resting place. After a mere 2 wipes (one for my exit valve one for the cheek that was kissed) I was ready to stand and behold what I had done. A 2020 meme of a gentleman lounging on the edge of his bed came to mind. I was proud, it was work, and I had a sense of meaning.

That was great but not life changing.

What was life changing is that I live in a house from a happier time with smaller people, the house was designed for the subjective normal of that time, not for colon toddlers. Trusting my equipment I attempted to flush, nothing happened. Perplexed I tried again and water began to build. Turns out there is a 3 inch pipe and I had exceeded that limit. After careful consideration and consulting my very intelligent beautiful (and new) wife we by means of I decided it must be broken. At this point i acquire a spatula and break it in half, not thinking girth was the issue but weight. Eventually after several flushes I get some to go down, and then everything stops. No water is moving, no movement on my creation, nothing. In a shameful display, I was forced to glove up and retrieve the remnants, but the portion already in the outlet whole was the joker to my Batman, my immovable force. Plunging, snaking, chemicals, nothing worked. So I call a plumber friend to help. After having to take apart my plumbing he tells me the lines were great. Great with the exception of my cork like smelly 3rd leg. He was able to fix it but had to put new piping back in, why? Because the same thing happened in another bathroom in my house in the time it took him to get there. How does this “change your life” you say? Well I took a **** so big I was unable to pay a credit card bill because of the unexpected installation of larger high flow plumbing in my house. ZuPoo so effectively cleaned my colon out, with such power, I went further into debt, learned things about my ****** opening, and made my marriage quite different. Thank you zupoo, I don’t expect any reimbursement for my plumbing costs, just continue making great functioning products,

Alan - Results may vary from person to person.

Are you ready to be our next review?

All jokes aside, zuPOO is a safe and effective natural colon cleansing supplement. Results will vary from person to person depending on your current state of gut health, but if you are looking to flush waste from your digestive system, zuPOO will clean you out - or your money back.†